Ottawa technology companies are facing pressure to hire and keep employees as the sector grows and thousands of new positions are expected to be created in the coming years.

Amdocs, a digital networking company in Kanata, is adding positions at a furious clip and finding it difficult to find the talent it needs in the region.

"Every month, I like to hire 10 to 15 people," said Ragu Masilamany, an Amdocs vice-president overseeing a project to overhaul AT&T's network.

The company is looking for people with solid network experience who can bridge the gap between product development and cloud computing — a very specialized mix, Masilamany said.

They've hired between 40 and 50 people in the last three to four months and face pressure from major clients to have more people on hand immediately to meet deadlines, he added.

"You can have the business. But if you can't staff, you're not fulfilling it, you have an issue," he said.

It's common to find people with 10 years of network experience in Ottawa, but hiring industry veterans or people out of school still requires significant training, he said.

The Kanata North BIA said the tech sector in the region has to fill 3,000 positions in the coming months as QNX and Ford hire for the autonomous vehicle hub and existing companies expand.

Invest Ottawa predicts nearly 10,000 new jobs in the city by 2019 and said those jobs will come in a range of technology fields.

One challenge has been finding people with certain skill sets outside Ottawa's traditional strengths from a decade ago.

"We've moved to development. We were a hardware city, we're moving into a software city," he said. "Now the self-driving car is coming as well, which is a whole other spin on what we can do in Ottawa."

Larger companies like Shopify, and QNX are forcing companies to compete for people with specializations in software as a service, automatic vehicles and artificial intelligence. 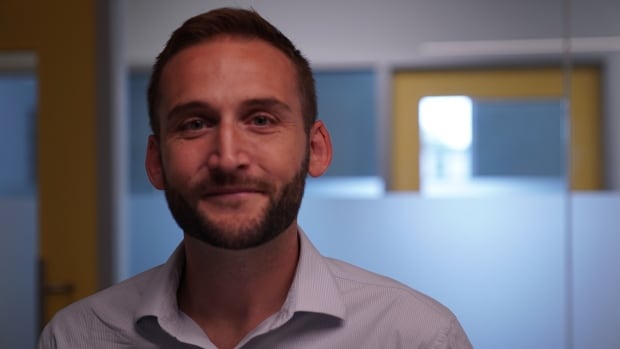 James Baker, CEO of Keynote Group, says he has to expand his recruitment company to deal with demand from tech companies looking for new talent. (Matthew Kupfer/CBC)

"We're typically seeing about a 20-per-cent premium on salaries right now, compared to what we were three, maybe four years ago."

Ahmed Messaoud, a software developer at You.i TV, describes himself as "quite the boomerang" — having worked in Montreal and Seattle before deciding to stay in Ottawa.

You.i TV creates apps for all screens and its clients include media and entertainment companies including Rogers, the Canadian Football League and the Cartoon Network. 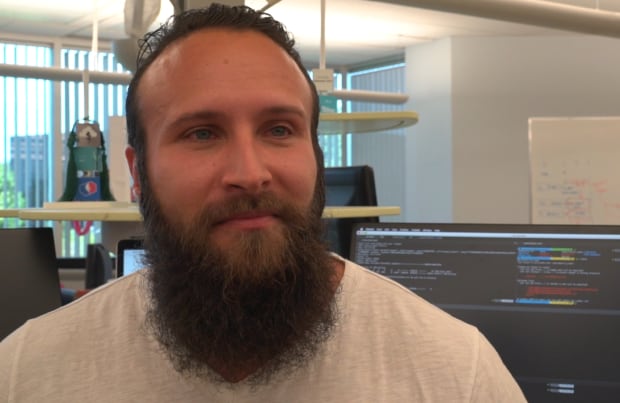 Ahmed Messaoud, a software developer at You.i TV in Kanata, says Ottawa's small-town feel was an important part of why he wanted to stay in the city. (Matthew Kupfer/CBC)

Moving to Ottawa increased his salary by 30 from what he earned in Montreal, though it was a pay cut from the U.S., he said.

Despite daily messages about other opportunities, Messaoud said he wants to stay put. He loves Ottawa's "small-town feel" and the start-up energy of You.i TV, which has about 200 employees.

Heather Tyrie, vice-president of employee experience at You.i TV, said the company is aiming for "metered" growth, but that still means between 50 and 100 employees per year.

The company's growth and reputation helped it expand its pool of potential employees, though it still takes co-op placements from Ottawa post-secondary schools. 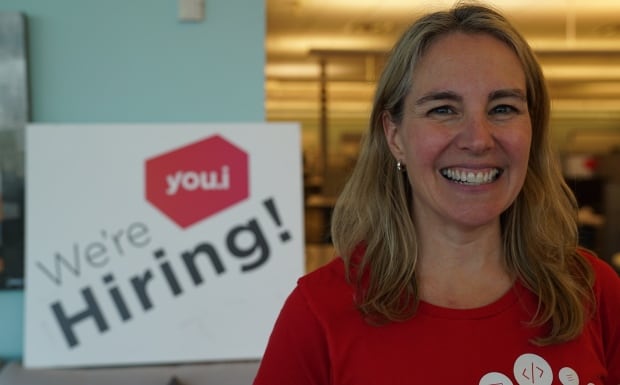 Heather Tyrie, vice-president of employee experience at You.i TV, says the company expects to take on between 50 and 100 employees per year, over the next two years. (Matthew Kupfer/CBC)

"Whereas Ottawa was our primary pool, we are starting to look at Toronto and Montreal as secondary markets for us," Tyrie said.

The company is also feeling the churn, with a new hire coming from Brampton while another employee moves work in Seattle.

Tommy Godbold is a project manager in the growing data analytics team at Lixar IT, a company located in east Ottawa that makes enterprise software for the transportation industry.

"I left for two weeks on vacation, I came back and I had four new team members,"  Godbold said.

While he always needs more hands, he appreciates the company focuses on a sense of and fun as part of the recruitment process.

"We want to make sure we're selecting the right people. We're growing as quickly as we can and still maintain our authenticity." 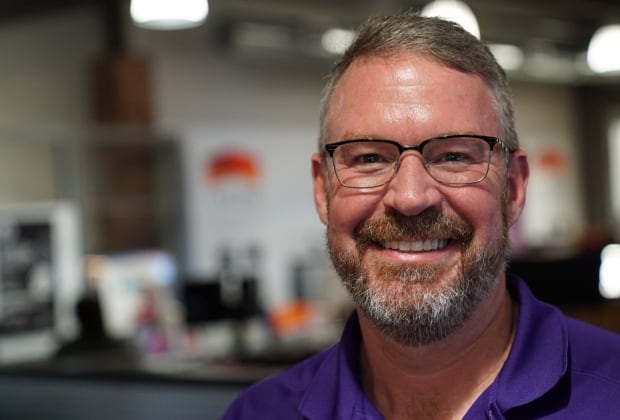 The company has hired from Ottawa, Montreal, and Colombia to grow from four to 200 employees since 1999. It's looking for more than 30 people now, many with data science specializations.

Godbold is constantly getting offers as well, he said, but he wants to stay with the company.

"I really enjoy the people and what we do. The flexibility, the salary, the working conditions are really fantastic," he said.

The ability to work remotely to visit his kids in Florida helped him make the decision to stay long-term.

Michael Tremblay, CEO of Invest Ottawa, said the organization is trying to help companies recruit talent from outside the city when they need it.

"It's becoming a more competitive world. You've really got to be proactive in trying to get that pipeline together," he said.

While some of that comes from working with post-secondary institutions, it also means tapping other tech hubs.

Invest Ottawa created a virtual jobs board and social media campaign to raise the profile of Ottawa employers in New York, Boston, Dallas and Silicon Valley.

"What it does is tries to connect the dots with markets that may not have the awareness that perhaps they should have," he said.

"That experiment that we ran has turned into more of a mission and we're broadening that search beyond the U.S. into international markets as well."