A advocacy group is calling for changes to B.C.'s Employment Standards Act, saying the current legislation is failing to protect workers including the province's burgeoning tech sector.

The B.C. Employment Standards Coalition released a report 145 stories of alleged abuse or exploitation in the workplace, with a series of recommendations to improve workers rights and modernize employment standards in the province.

"There's a tremendous barrier to proper enforcement of the act and people getting their rights," said David Fairey, co-chair of the coalition.

The Employment Standards Act sets minimum standards for most workplaces, but a number of sectors have been granted from overtime regulations, including high tech, the service and construction.

Fairey said that practice essentially amounts to wage theft, and should end.

"We don't see the need to give exclusions to certain sectors. Everyone should be treated the same in our view," Fairey told Stephen Quinn, guest host of The Early Edition.

Harry Bains, who is now Minister of Labour in the new NDP government said he would be looking at exemption rules as part of a major policy review over "coming weeks and months."

"Why any worker is treated differently in British Columbia is beyond me," said Bains.

"We need to make sure that all workers get the basic minimum standards and that those rights are protected."

The new NDP government has also committed to establishing a fair wage commission to increase the minimum wage to $15 an hour by 2021 and modernizing workers rights in B.C. through extensive policy review.

"At the end of the day in Canada we should be champions of workers rights and we will be champions and the workers will feel that they have a government that will look after them," said Minister of Labour Harry Bains.

Bains also committed to improving the workplace for migrant workers, who were identified by the coalition as a group that lacks basic workplace protections. 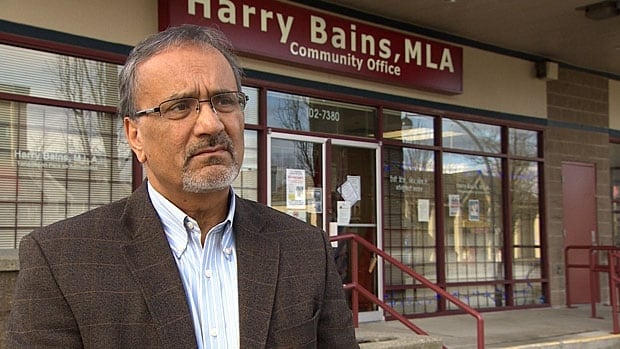 Minister of Labour Harry Bains said he is committed to ensuring workers feel supported by the government through comprehensive reviews of current standards in British Columbia. (CBC)

Even where existing rules provide protection, there isn't proactive enforcement and it's not easy for workers to file complaints, said Fairey.

an employee must use a government " kit" for solving workplace and present their complaint to their employer before submitting it to the Employment Standards Branch (ESB).

Fairey said that system deters employees from filing complaints, and workers have been fired unfairly during that process.

Meanwhile, Fairey said enforcement of standards has been hurt by cuts to branches and staff at the Employment Standards Branch, while the number of workers and employers in the province has grown.

"Without proactive enforcement and adequate staff resources to provide effective enforcement, employment standards are, for all practical purposes, meaningless," said the report.

Fairey pointed out that B.C.'s Employment Standards Act (ESA) doesn't protect workers from psychological abuse or bullying, which was a complaint raised by nearly half of those surveyed.

The report recommends the addition of such a provision, similar to legislation in Quebec.